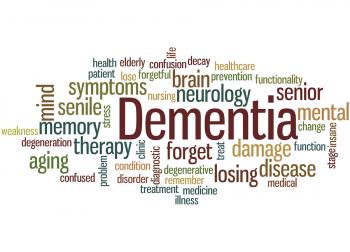 Vascular dementia is a general term describing problems with reasoning, planning, judgment, memory and other thought processes caused by brain damage from impaired blood flow to the brain.

Who can get it?

Vascular dementia can develop after a stroke blocks an artery in the brain, but that isn’t always the cause of vascular dementia. The severity and location of a stroke can factor in on whether it affects someone’s cognitive functions such as thinking and reasoning.

It can also result from other conditions that deprive the brain of important oxygen and nutrients, like damaged blood vessels and reduced circulation.

Because elderly people often have health issues later in life, this is something your loved one’s caregivers should be able to help you manage.

What are the symptoms?

Vascular dementia signs and symptoms often overlap with those of dementia or Alzheimers and may include:

Studies show that many people with dementia and evidence of brain vascular disease also have Alzheimer's disease. It is important to work together with your parent’s health care practitioner and to inform their caregivers if you have concerns about the onset of dementia.

What is the treatment?

Can it be prevented?

By controlling the factors that are known to increase the risk of heart disease and stroke, you can help lower your chances of developing vascular dementia.

Maintaining a healthy blood pressure by checking it keeping it within the normal range, quitting smoking, avoiding the onset of type 2 diabetes with proper diet and exercise, and keeping your cholesterol in check are all ways that can lessen the chances that vascular dementia will affect you or your senior parent.

Your parent’s caregivers can have an active role in caring for and encouraging your loved one to make healthy choices so that they can be doing everything possible to stay healthy and active for as long as they can.

If you or your loved one is looking for a Caregiver in Menlo Park, CA, please call Familiar Surroundings Home Care.