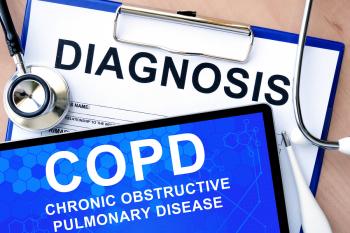 Chronic obstructive pulmonary disease (commonly referred to as COPD) is the blanket term for several lung conditions that your parent could suffer from. These lung conditions make breathing difficult by blocking airflow. The two most common lung conditions that fall under the COPD umbrella are emphysema and chronic bronchitis and many people who have one will have the other.

If you or your home care provider have started to see your parent struggling to breath, you might want to get these conditions checked out by your parent’s doctor. COPD can come on slowly, with just a slight cough in the morning or a bit of wheezing. Your parent may just think he has a long-lasting cold that he just can’t seem to shake, or he may feel like he’s simply out of shape, making breathing harder when he exercises.

While emphysema occurs when the air sacs of the lungs (alveoli) become damaged and enlarged, and chronic bronchitis occurs when there is an inflammation of the bronchial tubes (airways),both lead to similar symptoms as COPD develops.

At the beginning stages, the symptoms are mild and can include any of the following:

As COPD develops, symptoms can worsen and lead to the following:

Especially if your parent is a smoker, the sooner you can get him into to a doctor to get diagnosed, his treatment can begin. Caught early enough, his treatment may just involve stopping smoking if he is and using a device to help open up his airways such as a bronchodilator or long-lasting inhaler.

If you or your loved one is looking for Home Care in San Jose, CA, please call Familiar Surroundings Home Care.